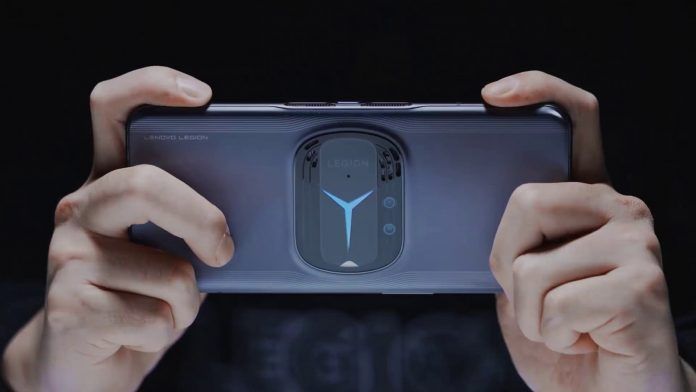 Lenovo is gearing up to launch its next gaming smartphone, the Lenovo Legion Y90. Previously, the phone’s key specs, charging features, and design was leaked officially. Now, a new post on a Chinese social media platform has revealed more information about the upcoming Lenovo gaming phone.

Some of the key features include 18GB RAM, 4GB Virtual RAM, and up to whopping 640GB internal storage. Let’s take a look at more details of the Lenovo Legion Y90 gaming phone.

As per the Weibo tipster(via Gizmochina), whose username goes by Pandaisbald, the full specs of Lenovo Legion Y90 has been leaked and the user has posted a screenshot of the leaked specs on the platform. As per the post, the Legion Y90 gaming phone will be sporting a 6.92-inch Samsung E4 AMOLED display with a 144Hz refresh rate and 720Hz touch sampling rate. As leaked earlier, the device will be powered by Snapdragon 8 Gen 1 SoC under the hood. 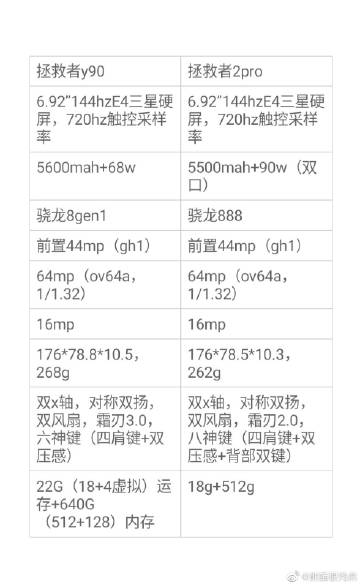 The device is said to come with 18GB of physical RAM and 4GB of Virtual RAM and in addition to this, the device will also come with 640GB internal storage with one 512GB storage stick and 128GB storage. In terms of camera, the Legion Y90 will sport a 64MP main rear camera with OmniVision OV64A 1/1.32 sensor and 16MP secondary sensor. Selfies will be handled by a 44MP Samsung GH1 sensor.  According to the official teasers, the rear cameras will be present at the centre of the phone in the back, instead of the usual top placement.

Furthermore, the tipster says the gaming phone will pack in a massive 5,600mAh battery unit with support for 68W fast charging. The Lenovo Legion Y90 will reportedly measure 176 x 78.8 x 10.5mm and it is said to weigh 268 grams, which is quite heavy and thick for a phone in 2022. Other expected features include dual X-axis motors, a dual-fan cooling system, frost blade 3.0, four shoulder keys, and two pressure keys. The upcoming phone from Lenovo is expected to make its debut in February in its homeland, China.